How about Your Delightful Streams of Info-Energy?

Streams? We’re talking about your meridians, used in acupuncture, acupressure, and other forms of energy healing.
Does acupuncture seem strange? Chinese and Japanese doctors have accessed the meridians for a couple thousand years of healing.
Some people don’t believe in this stuff, but it is becoming more real all the time.  The evidence is growing.

Scientists have observed how the locations of the meridian channels  correlate to the fascial planes and partitions. (The fascia is the fibrous tissue enclosing muscles and organs.)
But are these meridians really physical?

superficial vessels which he named Bonghan channels and Bonghan ducts (the ducts being acupuncture points).

The PVS flows throughout the body like a fiber-optic network, using biophotons of light to carry information.

Studies done in Britain by Dr. Mae-Wan Ho and Dr. David Knight concluded that meridians are liquid crystalline collagen fibers, forming an information network to orchestrate all the parts of the organism. This network functions independently from the nervous system but sometimes in tandem with it.

In imaging studies, they found definite geometric reflections at the points. Each is shaped like a geodesic dome.

After a point is stimulated, the next points rotate sequentially down the channel. An extremely rapid signal is sent from the point to the brain, faster than the nervous system goes. (It may be the fastest biological speed ever measured. Neurotransmission blockers do not affect this messaging, so it is not part of the nervous system.)

And finally, the part I love the most:
Jones ascertained that meridian points change in size and shape according to the health of the person. When you are ill or you have a condition that needs treatment, the points get larger, easier to find. When you’re healthy, the points are small.
Tell me the Universe doesn’t take care of us every moment of our life?

So what do you think or feel about meridians?

Feel better! Diane does hands on healing for your meridians and chakras. She gives you practical ways to enhance your energy system.  Make an appointment in Phoenix or Fountain Hills  — now booking in May. 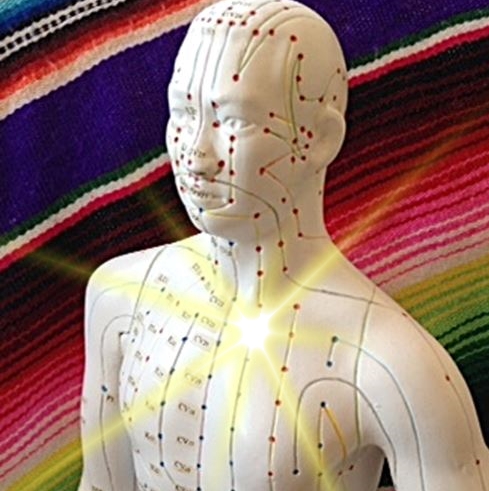 10 Responses to How about Your Delightful Streams of Info-Energy?